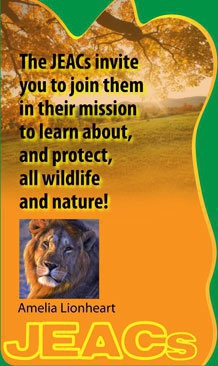 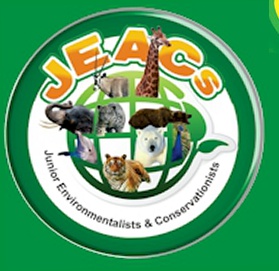 
The Patels have a deep love for all animals and birds, having grown up on the Patiyak Wildlife Conservation managed by Mr. and Mrs. Patel, Rohan’s parents. Rohan, his two sisters, and their cousin Nimal – independent youngsters – have lots of fun and laughter, especially when they are together and indulge in teasing badinage, but, they are also good buddies who look out for each other. They have varying talents and ambitions, for instance, fourteen year old Rohan is determined to become a detective when he grows up. Nimal, a year younger than Rohan, has a talent which is the envy of all he meets – he can make friends with any animal or bird! He will definitely be a Conservationist. Anu, the same age as Nimal, wants to be a writer; while Gina, at eight, has not quite made up her mind what she wants to be, although she does have a knack for nonsense verse and music!

Travelling home from boarding school for their summer holidays, the children acquire a new addition to their ‘family’ – Hunter the dog – who has some quaint habits! On the train they also meet Peter, a young detective, who grew up on the Conservation with them, who informs them that he has been asked to deal with the problem of Peacocks being killed on their Conservation. Peacock feathers are sold at exorbitant prices. The youngsters, horrified to hear that these beautiful birds are being destroyed, and that the crooks have not been caught as yet, resolve to help Peter to the best of their ability. He is very grateful for their assistance since he has been assigned to work on another case as well, which is outside the Conservation.

While making plans to save their Conservation from the poachers, the Patels decide to form a group called the ‘Junior Environmentalists and Conservationists’ (the ‘JEACs’ – pronounced ‘Geeacks’). They are determined to encourage all young people, who want to protect animals and save the planet from further destruction, to join their group.

Once they reach their home, the JEACs, as they now call themselves, chat to their parents and the rest of the staff and gather information as to how the birds are being killed. The staff having reached the conclusion that the poachers must be hidden on the Conservation, convey this information to the JEACs, and the JEACs do some careful planning as to how they can keep a look-out for the crooks. They decide to hide in the jungle, in a cave overlooking one of the largest waterholes frequented by numerous birds, including peacocks, and lots of animals. The girls take turns in watching from their hideout, while the boys each go to the other waterholes.

And ;
Read the book and find out how their first exciting adventure ends. And, don’t forget, we all have talents! Use them!

You can also read excerpts, online, from a few chapters of the book.

Join the JEACs – The Patels: Rohan, Nimal, Anu and Gina and, of course, their dog Hunter!

in their first exciting adventure!